Should aging males use testosterone therapy to increase overall health and longevity? It’s a question I’ve pondered after interviewing many doctors over the last couple of years.  Unequivocally, my stance is YES. Dr. Abraham Morgentaler, Clinical Professor at The Harvard Medical School and author of Testosterone for Life: Recharge your Vitality, Sex Drive, Muscle Mass and Overall Health, wholeheartedly agrees the benefits of Testosterone should not be denied to men, even those with prostate cancer. 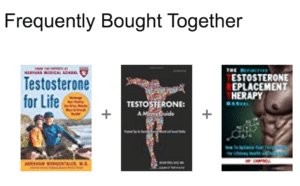 And would Testosterone help me and all the men I consult with get to 100 years of age? And at 100 what would be the quality of their life? Would they be as strong and vigorous as when they were 75-80?

All great questions and one’s I think about on a daily basis as I continue to build the O TRT Revolution ecosystem. Low testosterone is present in 40 per cent of men over age 45. Its loss as already exquisitely covered in the book, is associated with fatigue, depression, insomnia, grumpiness, lack of interest in sex and problems at work. Dr. Morgentaler ever the advocate asks why not prescribe testosterone? Critics have always argued that aging is a natural process, so why medicalize it. This is a bit hypocritical since male doctors have no problem treating menopausal symptoms in women with female hormones.  Or eyesight problems with corrective surgery like lasix? Or with other plastic surgeries designed to beautify and make men and women more youthful?

Morgentaler makes another point. He says no one argues against treating patients with bad hearing, poor eye sight, sore hips or blocked coronary arteries, so why not help men with low testosterone? “Besides,” he adds, “normal aging stinks”. We here at TRT Revolution agree whole heartedly. However, many other doctors, continue to have a major concern with Testosterone Replacement Therapy and it’s various delivery systems. For years they’ve feared that testosterone, particularly when prescribed to a man with undiagnosed early prostate cancer, might make the cancer grow, like adding gasoline to a fire. But Morgentaler has proven this is not the case. First, he says, an earlier study (Dr Charles Huggin’s castrated men with prostate cancer) was wrong.  But since Huggins was awarded the Nobel Prize in Medicine, the theory was born that testosterone caused prostate cancer. But Morgentaler later discovered this conclusion was based on just a single patient. Morgentaler subsequently published multiple articles in the New England Journal of Medicine on the risks of testosterone therapy after reviewing 200 medical studies. He could not find any evidence linking high levels of testosterone to prostate cancer. 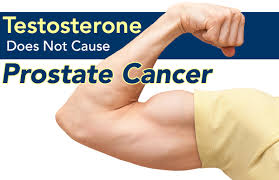 Morgentaler, ridiculed for his early research, is now not the only doctor who believes Huggin’s theory about testosterone was wrong. Namely, that low T is not protective against prostate cancer and high T is not the devil that triggers it. In fact my book proves it with the information from Dr RM Coward and Professor CC Carson:

In fact, in what I would call the “Holy Grail of TRT and Prostate Cancer Research Data” from Dr. R.M. Coward and Professor C.C. Carson regarding the traditional model of testosterone-dependent prostate cancer growth (which suggested that greater serum testosterone concentrations would lead to greater cancer growth)—their recent findings appear to disprove the theory entirely.   Rather, the most plausible explanation for what is seen clinically in the current era of TRT is supported by the recently re-evaluated saturation model, which states that, secondary to limited androgen receptor binding sites, prostate cancer growth is sensitive to variations in serum testosterone levels only below castrate range. Dr. Coward and Professor Carson go on to say the following: “Based on all available data, as well as our personal experience, it is our opinion that testosterone deficiency syndrome can be safely treated with TRT after successful prostate cancer treatment.”

Morgentaler is convinced that low T is under-recognized, under-diagnosed and under-treated and it does not make sense to deprive men of testosterone therapy when they have low T. How many of the readers of TRT Revolution know that men who normally have high levels of testosterone live longer? Sure it is still not known if prescribing the Testosterone to men with low levels will have the same effect.  But sometimes anecdotal data is proof enough. This possibility has me working harder than I ever have in my life at attempting to prove it. Doing so will benefit millions of men around the world in perpetuity. Still doubt the amazing and life changing effects of therapeutic Testosterone?  Stop wasting time and read my book.