<This is the Real Life Story of Marc Dutroux aka ‘The Monster of Belgium‘ who was a professional child trafficker.

I am reprinting the story in its entirety from where it appeared in the FB Group Murder, Crime, Paranormal and Conspiracy from a poster named Azz Cazz because its critically important the content found within is shared as far and wide across the world as possible.

I have verified all of the intel found in this story and you can too at the various links found at the bottom of this article.

Please search the links and google verify everything for yourself.

As a warrior of light and a conscious way-shower of resonant and coherent TRUTH frequencies, I CAN NOT ALLOW those who have held us back for millennia to get away with this any longer.

I ask you to also share this article on your social media so that more people will become aware.>

The story I’m about to tell you is true.

That fact is intriguing because everyone reading this post has either never heard this story, or forgot about it (I’m betting on the first one, because it is truly unforgettable).

Furthermore, once you hear this story in its entirety, I can promise it will be seared into your memory forever.

Our main character is a man named Marc Dutroux. 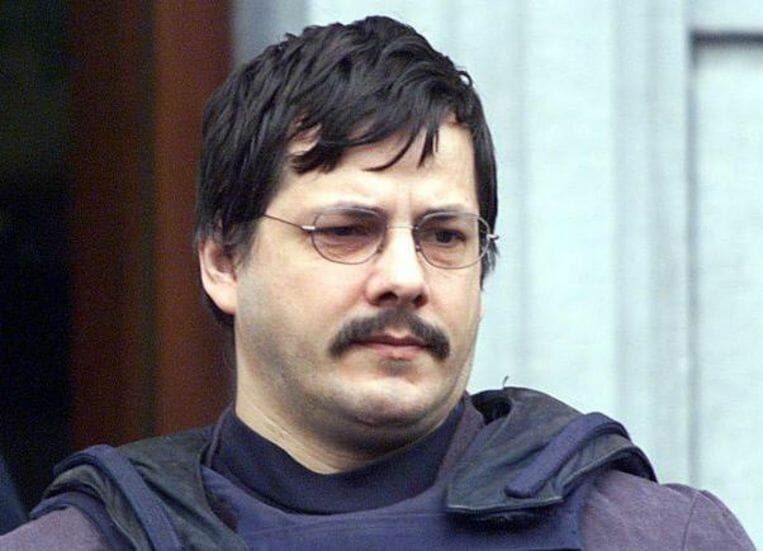 He was twice convicted of kidnapping and raping underage children.

That was not a typo – you read that correctly.

He was convicted and served a (much too brief) sentence in 1998.

He served only 3 and a half years of his 13 year sentence because he was released for good behavior.

Less than 10 years later, he was arrested again on the same charges (different victims).

In the second round of charges, he was convicted of kidnapping, torturing and abusing victims, some of them to the point of death.

What I am about to tell you comes from the statements made by his surviving victims (called the X Files), Marc Dutreox himself, and evidence from law enforcement.

I’ve also added references/citations at the very end of this post.

Marc confessed to kidnapping, raping, drugging, torturing and filming children for many years.

He also claimed he was doing it at the behest of a political elite who financed his career as a professional trafficker.

Not only did this political elite finance his efforts – they made specific requests of him.

Sometimes they requested specific types of children (they were called “party favors” and he was asked to deliver kids of certain age, sex, race).

And sometimes they requested he film certain influential people engaged in these acts, for later use as blackmail.

He claimed many of his customers and financiers were world leaders.

This was not a stretch of the imagination because he lived in Belgium, where the EU and NATO headquarters were located.

This is due to Brussel’s as the headquarters (of involvement) in the rampant Pedophilia and Sex trafficking by world leaders affiliated with the UN and other various govt bodies.

The story coming out soon will prove it.

THEY are burning evidence. https://t.co/rblZAWc2qv

Did this fire have anything to do with the United Nations covering its tracks!?

This statement was also corroborated by victims who were able to identify specific politicians.

Anneke Lucas was one of his victims who testified against him.

She claimed she was 6 years old when the cleaning lady hired by her mother sold her to the pedophile network in 1969.

Her claims were extraordinary:

Other witnesses and victims would soon come forward, describing such things as “Black Masses,” with child and adult sacrifices taking place in front of observers and participants, which included prominent politicians and figures.

This would be corroborated by a note found by police at the house belonging to Bernard Weinstein—a man who previously worked with Dutroux, but whom Dutroux had murdered.

The letter was signed by a man who called himself ‘Anubis’.

It turned out ‘Anubis’ was the high priest of a satanic cult called ‘Abrasax’ whose real name was Francis Desmet.

Police obtained a warrant and seized computers, documents, mail, actual human skulls, jars of blood, and all sorts of Satanic items – but none of this was enough to make an arrest.

As the Dutroux trial went public, other victims stepped forward and confirmed the testimony, offering up descriptions of sexual abuse and human sacrifice.

They also described “hunting parties” where elites would release naked children into the woods to hide, so that the elites themselves could hunt them down and slaughter them.

Many of the stories from victims contained so many similarities, they were impossible to deny.

For example, the hunting parties were often held at castles, where victims could not escape and were hidden from the public eye.

Those not killed in the hunt were usually chased down and mauled/killed by Dobermans.

All of these victims echoed the testimonies of other, older survivors of ritual Satanic abuse from around the world.

It is also notable that Dutroux owned 10 homes valued at 6 million dollars.

It is also notable that Dutroux was not employed.

It is also notable that Dutroux received $1,200 per month in public assistance.

It is also notable that documents released by Wikileaks show large sums of money in various currencies were deposited into his wife’s bank account.

It is also notable that those deposits coincided with reported kidnappings and missing children reports.

It is also notable that before his removal, Judge Jean-Marc Connerotte was on the verge of publicly disclosing the names of high level government officials who had been recognized on video-tapes of sexual torture that took place in Dutroux’s dungeon.

It is also notable that 20 potential witnesses for this case have died without explanation.

Does any of this sound familiar?

Are there any headlines today that sound like history is repeating itself?

Guys, not one single thing in this post is theory.

It’s all proven and on record.

That is an image of hunting games.

They’re paintings that people like Tony Podesta buy, and hang in his home, and invite others over to enjoy.

We all know Jeffrey Epstein was a sicko who had friends in high places – the same friends that hang out with Tony Podesta.

You think Epstein was the only one?

Or was he the low level one they were willing to sacrifice to protect everyone else involved at a higher level?

Do you realize now that when it comes to trafficking, satanism, pedophilia, human sacrifices, organ harvesting, adrenachrome – that it is art imitating life?

That these people who are so obsessed with the art that glorifes these things might actually, themselves, be engaged in these things?

Do you think normal, non-pedo, non-cannibal, average Joes would hang that garbage up in their homes?

Suddenly the claims that world leaders and governments being involved in this satanic horror show isn’t so far fetched after all.

Suddenly its not so crazy to say that world agencies who claim to stop these crimes (WHO, UN) are actually facades that cover up the real work of procuring and enabling – yes, even participating – in these crimes.

Suddenly the whole house of cards comes crashing down.

With this one case, all the unbelievers are silenced.

Did you remember it?

If not, do you wonder why it was not front page news across the world?

And if you’re asking yourself HOW DO THESE PEOPLE GET AWAY WITH THIS – have you not yet figured out that the very people who are supposed to end it, are doing it?

Most everyone has watched an Epstein documentary on Netflix – I think there’s been maybe 3 or 4 made since his death.

Did anyone asking that question even try to find the answer?

Or did you just shrug your shoulders and say, “Well, it is what it is and there’s nothing I can do about it” and go on with your life?

Let me help you out.

Did you hear the news story from two weeks ago that President Trump fired federal prosecutor Geoffrey Berman?

He was the prosecutor in charge of the Epstein case.

So Trump fired him and Berman was replaced with prosecutor Audrey Strauss.

And then suddenly BAM!

Maxwell is in custody.

You now get a front row seat for the horror show that is about to come out.

You will not believe who is involved and how deep it goes.

And you will not believe the lengths they’ll go to in order to protect their secrets.

<Please click on these links to verify the authenticity of this information and realize it is up to each of us to put a stop to it.

These horrific and unspeakable crimes against children and the whole of humanity will not end until we as a conscious collective stand up and say NO MORE.

I ask you to please join me in standing up to these evil beings who are behind this by not sitting back in silence any longer.

Share this article with your friends and family and any consciously evolved sentient being.>

Explainer: Paedophile Marc Dutroux and the horror case that united a divided Belgium

Marc Dutroux: The Monster of Belgium