There’s so much ignorance in male hormone replacement, I had to start finding solutions for myself. -Dr. Jim Meehan

How far away are we from taking TRT mainstream and making it the standard for patient care? Dr. Jim Meehan joins us to share his perspective on male hormone replacement therapy, the role of pharmaceutical lobbying, addiction, media reaction to TRT and impending changes in the healthcare sector. [soundcloud url=”https://api.soundcloud.com/tracks/269038957?secret_token=s-sEHFX” params=”auto_play=false&hide_related=false&show_comments=true&show_user=true&show_reposts=false&visual=true” width=”100%” height=”450″ iframe=”true” /]

Physicians, pharmaceutical lobbying and negative media coverage are keeping TRT artificially expensive and out of mainstream favor – for now 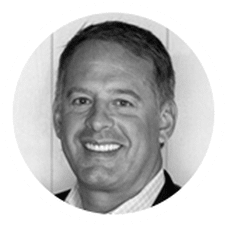 First we covered Dr. Meehan’s background as a surgeon, athlete and martial artist, and the physical breakdowns and symptoms that led Jim to discover his low-T. As a result of his discoveries and treatment, Dr. Meehan lost over 70 lbs, won the Naga World Jiu-Jitsu Championship, became a better father and husband while recovering his passion for life. Dr. Meehan also shared why he’s working on technology-related solutions, “We under-utilize technology in medicine. We’re 20 years behind the financial industry, for example. There’s great opportunity to use technologies.” Next we dig into the current state of male hormone replacement therapy and the role of the pharmaceutical industry in keeping testosterone treatments artificially expensive while suppressing correct information about TRT: “Hormone replacement therapy doesn’t need to cost $500 or $1000 a month,” Dr. Meehan explained, “It’s really pretty inexpensive.” He went on to point out, “The pharmaceutical industry pumps more money into our legislatures than anybody else, more than any other industry and more than most other industries combined. It’s trillions of dollars. That’s the only thing preventing the solid scientific evidence of the benefits, the safety, the efficacy of male hormone replacement therapy from reaching a mainstream, insurance-reimbursed model.” Dr. Meehan also had a scathing review of his fellow physicians; “Too many of my colleagues are simply mouthpieces for the pharmaceutical industry. That’s why we end up with male HRT being dominated by Androgel.” We also cover addiction, it’s role in society and the physical symptoms that fly under the radar without being tied to the addictive cause. “The big picture is this: Everybody is addicted to something. It’s caffeine, nicotine, pornography, gambling. Sugar is a huge addiction in this country…Pay attention to your addictions. They have more impact on your life than you realize. Every time you are hitting the dopamine centers in your brain, you are degenerating those neurons, your ability to release dopamine is inhibiting your ability to feel pleasure, interested in things, to be even be functional in life. You will slide into a dopamine deficiency state that by itself, just from the addictant itself and the banging up of those neurons, that will leave you in a really bad depressive state.” Since many addictions involve opioids, Dr. Meehan also explained, “There’s nothing that will destroy your testosterone or your life faster than opioids. That medication has a very short window of efficacy… If you use it for more than 7-14 days, it will stop working and start hurting.” We also discussed the state of our environment and all the toxic substances we come in contact with which contribute to low-T. Dr. Meehan agreed, pointed out “One thing isn’t going to kill us, but we’re being bombarded by thousands of those things every day. That in itself is destroying fertility, testosterone production and health in this country.” We finished our interview by discussing the state of media, healthcare and politics. We agree that the media is driving much of mainstream opinion on TRT/HRT by giving credence to flawed studies which have led to class-action lawsuits. In fact, Dr. Meehan believes part of this backlash may be due to the average media member suffering from low-T/high estrogen and cannot overcome their own confirmation bias and cognitive dissonance. “Its sad to see a country that is run by so many people who got there, not because of their clear thought and intellectual superiority or strength and commitment to sound ideals, but got there because they manipulated and connived and schemed.” Dr. Meehan believes that we are only a couple years away from TRT being the standard for patient care, partially because of major transformations coming to the healthcare sector in general. ”It’s a foundational issue, Jay. If you have a guy who’s at 138 testosterone…fix that problem first. Maybe at the same time get him sleeping better, get him on some targeted nutrition and supplements, and all this other stuff goes away. You don’t need Lipitor, or Prozac or Xanax, you don’t need all this other crap that just makes them sicker.”

Guest Bio- Jim Meehan, MD is an entrepreneur, accomplished leader, physician, founder and CEO at CatalystMD. Jim is a  passionate health, wellness, and fitness advocate, as well as a lifelong martial artIst, NAGA World Jiu-Jitsu Champion, and inducted member of the Martial Arts Masters Hall of Fame. Click here to learn more about Dr. Meehan and Catalyst MD. Click here to get Your FREE Copy of the Amazon Bestseller: The Definitive Testosterone Replacement Therapy MANual. The book has helped thousands of men around the world reclaim their health and vitality by presenting practical information about the best ways to maximize TRT.