When I published The Testosterone Optimization Therapy Bible in 2018, I listed off several therapeutic peptides in development that would soon become huge names.

And indeed I was right – compounds such as Ipamorelin and Tesamorelin are now widely used by peptide physicians worldwide.

But as we are 1/4th of the way through 2021, we yet again have brand new peptides being talked about by biohackers.

Ones which I have personally not tried yet but fully intend to do so when the time is right.

Which is why I’m proud to showcase two of them for people seeking an unprecedented surge in mental performance: Adamax and P21. 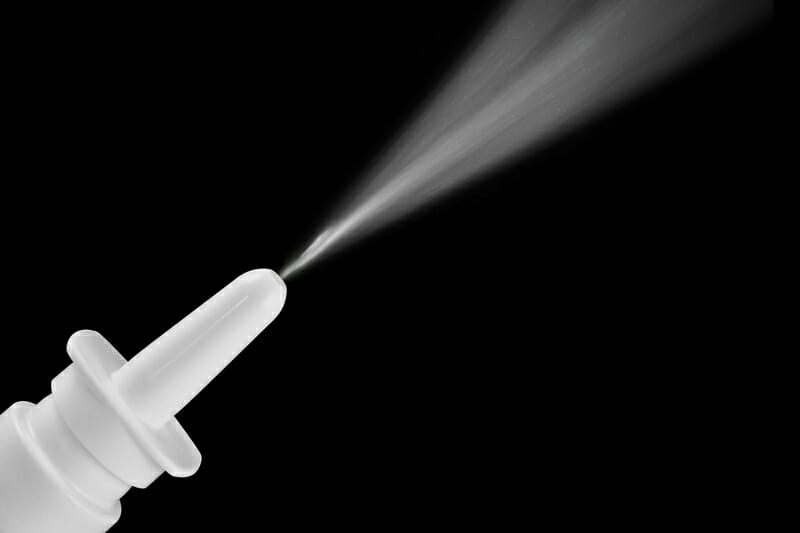 Adamax [Ac-MEHFPGP-AG-Nh2] is a peptide created by former Mexico-based peptides company Ceretropic, and they were the ONLY company who reliably produced and sold it before permanently shutting down in 2018.

Naturally, this left many biohackers in desperate search of a legitimate source (more on that later).

But here’s what you’ll gather from their still-functional website about Adamax:

“Adamax is an improved version of SEMAX, a neuropeptide that was developed by the Institute of Molecular Genetics of the Russian Academy of Sciences. Adamax is the most powerful among all Semax derivatives.

Technically, Adamax is an N-acetyl semax base that has been limited at the C-terminus with the adamantyl portion of P21.

Adamax increases the levels of Brain Derived Neurotrophic Factor (BDNF) and improves the sensitivity of TrkB receptors in the hippocampus. Rather, it increases the brain’s capabilities in a very efficient, consistent and sustainable way.

What Makes Semax Different From Adamax?

Adamax is Semax, but with two additional “groups” added on to its molecular structure to make its cognitive-enhancing properties even more potent than the original peptide.

We have the acetyl group on the N-terminus, which leads to the formation of a more stable intermediate peptide when broken down in the bloodstream.

This modification leads to the formation of the better-known N-Acetyl Semax, which allows it to cross the blood-brain barrier with greater ease than Semax itself while preventing premature peptide degradation.

But the real kicker is the adamantane group added on the C-terminus end of Semax, and that’s where Adamax starts to make a name for itself:

“The adamantane group is a large, chunky, lipophilic diamondoid of the simplest kind, which prevents enzymatic degradation, making it last longer in the body, whilst also preventing temperature-induced break-down, unlike amidate groups which only helps in the body.

Amidation groups have zero chance of buffering against temperature-induced breakdown.”

(FYI – If you want more background reading on Semax and all its analogs, the link I just referenced is a worthwhile read)

“The adamantane moiety is nowadays usually introduced into structures of already active drugs in order to increase their lipophilicity and improve their pharmacological properties.

The uniqueness of the adamantyl scaffold for biological application is due to its lipophilicity and ability to ensure drug stability, resulting in enhanced pharmacokinetics of the modified drug candidates

So in theory, what we have is a super-potent version of Semax which should lead to a MASSIVE boost in cognition!

Even its founding peptide chemist that came up with the name claims you won’t find any studies on PubMed:

“This is a brand new peptide we developed with no human clinical research, or any research of any kind. It should be treated as a research compound, and should not be purchased based on anecdotal effect statements.”

(BTW… if you want to dive deep into just how ludicrously difficult it was to synthesize this peptide, read his story here)

Yet this hasn’t stopped biohackers from trying out Adamax for themselves, and here’s a summary of their experiences:

Not an awful lot of information to make an informed decision on, but so far there doesn’t appear to be any significant safety concerns or worrisome side effects reported in anecdotal reports.

The BEST Dose of Adamax for Optimal Cognition

While some users have had positive effects with higher doses of 300 mcg, others claim it was much too powerful and ruined their sleep schedule.

It’s still a much lower dose than Semax but that’s only due to how insanely potent Adamax can be.

Since I have not personally used it, you are 100% responsible for determining which dose – if any at all – works best for you.

Like I say over and over again, start with the LOWEST dose and gradually work your way up!

P21 (a.k.a. P021) may be relatively new to the peptides world, but scientists have known about it since 2010 when they were attempting to figure out why Cerebrolysin was so effective for optimal brain health:

“P21 is a peptide that was developed by reverse engineering Cerebrolysin’s effect using epitope mapping. Researchers found that the main neurogenic and memory enhancing effects from Cerebrolysin were due to its ability to react to human CNTF [ciliary neurotrophic factor].

So the researchers narrowed their search, and found that an 11-mer peptide, labeled peptide 6 (Ac-VGDGGLFEKKL-NH2), enhanced hippocampus-dependent learning and memory, increased neurogenesis, and neuronal plasticity.

They then determined the most active sub-sequence in the peptide called peptide 6C (Ac-DGGL-NH2). However, this peptide sequence showed to have poor blood brain barrier permeability, and was easily broken down by plasma enzymes.

To combat this, they added an adamantane moiety to the N-terminus of the peptide sequence. This highly lipophilic tricyclic alkane greatly increased the BBB permeability, and protected the peptide from enzymatic degredation.

This made the new peptide able to be active when taken via subcutaneous administration. That is how P21 (Ac-DGGL^A-NH2) was born”

(FYI – CNTF ‘s primary function is to serve as a “survival factor for various neuronal cell types”, along with other health benefits)

In other words, P21 is derived from the most biologically active region of the naturally-produced CNTF in our bodies.

And when P21 was synthesized in 2010, it was discovered that it could “improve learning and memory, promote neurogenesis and synaptic plasticity in mice”: 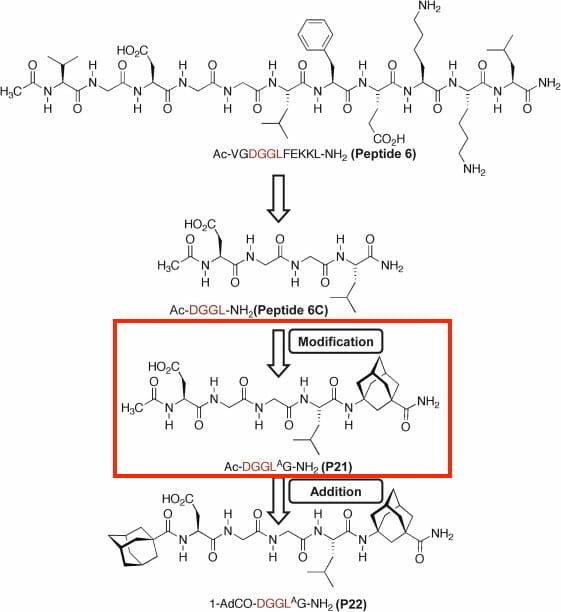 As for P21’s mechanism of action, it’s surprisingly similar to that of Adamax but with a few small differences:

However, P021 treatment has been able to rescue dendritic and synaptic deficits by boosting neurogenesis, preventing neurodegeneration, Aβ, and tau pathologies, rescuing cognitive impairment in AD [Alzheimer’s Disease] transgenic mice, as well as markedly reducing age-related mortality in rat. Besides this, P021 inhibits the GSK3β pathway through the phosphorylation of ser-9 by BDNF.

…Both P021 as well as its parent molecule peptide 6 can increase neurogenesis and synaptic plasticity, which improve cognitive performance in AD transgenic animal models, even in the late stage of the disease progression. Nevertheless, no major side effects have been reported. P021 treatment could serve as an additional therapy strategy to act against AD pathology.”

While there are numerous animal studies showing P21’s untapped clinical potential in treating Alzheimer’s Disease, let’s see what high-performance biohackers have to say about the peptide…

As with Adamax, there are no placebo-controlled trials on healthy humans and all claims of positive and/or negative effects are purely anecdotal in nature.

And just like Adamax, it was ludicrously challenging for the peptide chemists to properly synthesize P21 (see here and here)!

However, the testimonials from several anonymous nootropic users paints are somewhat persuasive:

If you’re going to test P21 for yourself, I would recommend a testing period of at least 4-6 weeks to draw any reasonable conclusion about its effectiveness

And given P21’s connection to Cerebrolysin, I found this one comparison to be insightful:

“Cerebrolysin and P21 are relatively similar in strength, but the difference is in their distribution of those benefits. They felt similar, but more like cousins than brothers.

Cerebrolysin was more “holistic” and definitely improved my cognition is almost every manner. But, it didn’t improve any aspect more so than another — it was evenly distributed.

P21 had similar improvements, but they were localized in only a few areas of my cognition. But in those areas, it was improved more dramatically than Cerebrolysin.

…In my experience, both nootropics had lasting benefits after cessation. Cerebrolysin’s benefits lasted roughly half a year before returning to baseline, while P21 lasted perhaps a couple months.

If I had the money, I would cycle Cerebrolysin once a year for a month and P21 5 days a week the entire year.”

Either way, both peptides seem to be highly effective!

The BEST Dose of P21 for Optimal Cognition

According to Ceretropic’s old website, the best P21 dose is 1 mg a day taken intranasally and then slowly bumped up to 2-4 mg if one wants to increase acute effects.

The top peptide chemist at the now-defunct Ceretropic insists on intranasal administration over a subcutaneous injection as he was unable to feel increased cognition with the latter dosing method.

Furthermore, depending on your individual chemistry, you may even find 500 mcg of P21 is more than enough to give you the desired boost in cognition.

As one Reddit user said in regard to his own experience with P21:

“SEMAX has a highly cumulative effect that rewards low, slow dosing more than anything else, P21 even more so. Some reports suggest P21’s full manifestation of effects comes after 1 month of continual use.”

I don’t know much else about dosing P21 properly, but these discussion forums should prove useful to you:

And even though we know absolutely nothing about P21’s short-term or long-term side effects, it’s equally important to include the negative experiences of people who have legitimately used the peptide:

Just like Adamax, you are 100% responsible for properly dosing of P21 and whatever comes of it.

The #1 Source to Buy Pharmaceutical-Grade Adamax and P21 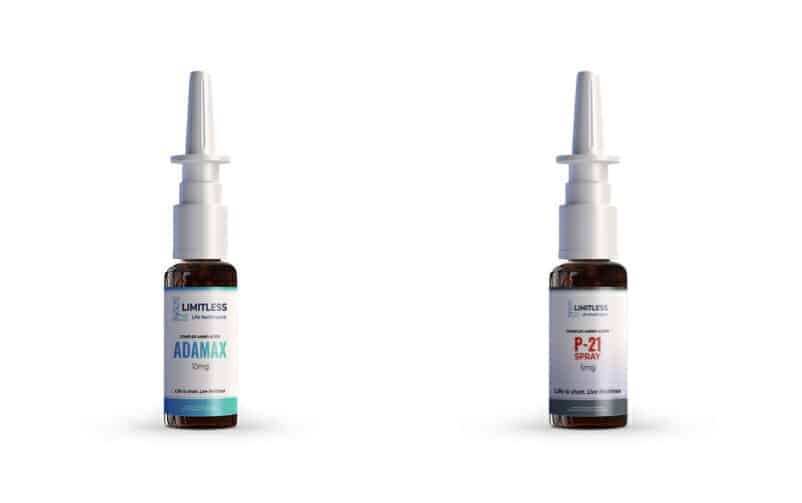 My endorsed peptides vendor Limitless Life Nootropics is the ONLY legitimate vendor to my knowledge who could successfully replicate Ceretropic’s synthesis and quality control processes for both Adamax and P21.

You will get legitimate Adamax and P21 with the desired adamantane attachment, and not an “alanine-glycine” attachment as many shady international peptide companies have done to save money at the expense of deceiving customers.

And if you want to learn more about the brains behind this peptides company, read my interview with the CEO. 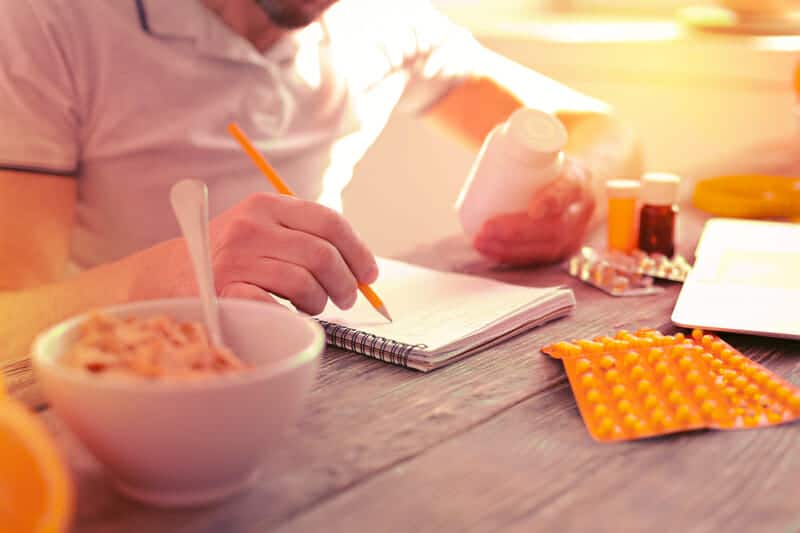 Unfortunately, I’ve exhausted every possible resource for Adamax and there is nothing more I can say about the therapeutic peptide.

As for P21, its 11-year history will give you ample reading if you want to learn more about how it works…

A compilation and critique of every single study published on P21 by the Alzheimer’s Drug Discovery Foundation.

The 200-page doctoral thesis from one of the leading researchers responsible for bringing P21 to public knowledge.

Several positive testimonials for P21 I haven’t included in this article, including one where P21 was successfully combined with phenylpiracetam.

Raise Your Vibration To Optimize Your Love Creation!

PS – When you’re ready to learn how to use peptides at a much deeper level, you have three options.