What are Peptide Bioregulators and What Do They Do?

After writing so extensively about virtually every peptide in existence, I’ve discovered a brand new class of therapeutic peptides that are mostly obscured from the west.

One hidden away from the Western hemisphere but very much popular in the motherland of Russia.

They’re known as peptide bioregulators and to this day you won’t hear about them unless you’re “in the know”.

As you’ll soon find out, they are very different from mainstream-type medications, hormones, anaesthetics, and even common injectable peptides such as BPC-157 and TB-500.

And due to their unique mechanism of action, these “bioregulators” can even be combined with traditional peptides for an unbelievably synergistic effect.

Keep reading and you’ll see why I’m excited about what the future has in store for peptide bioregulators!

What Are Peptide Bioregulators? 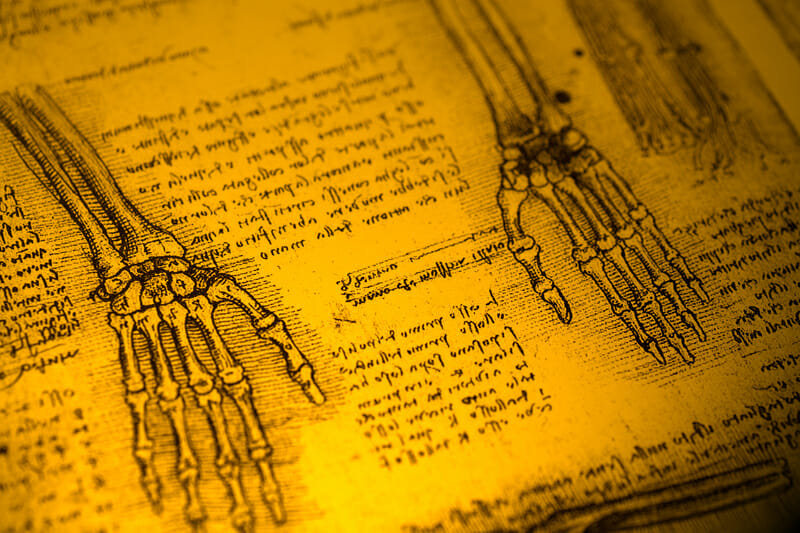 In order to explain what peptide bioregulators are, we need to set in stone some very hard definitions.

There are too many articles on the Internet that do not very clearly differentiate between peptides and peptide bioregulators.

While peptide bioregulators are technically peptides, they are very distinct from traditional peptides and therefore the two terms cannot be used interchangeably.

When you hear me or anybody in the Western hemisphere use the word “peptide”, we are referring to an injectable bioactive peptide (or sublingual/intranasal for select peptides).

Keep in mind this does not necessarily mean a given peptide is a bioregulator, especially when you are using technical language:

In the Eastern hemisphere, specifically the Middle East and Russia, when they use the word “peptide” they are including both bioregulators and traditional peptides such as BPC-157.

HOWEVER… in the context of peptide bioregulators specifically, they are distinct from normal peptides in they are orally active and taken in the form of a capsule/tablet.

This is crucial because any “peptide” commonly known in Western culture has zero functional oral activity and will get completely destroyed by the stomach:

“Since proteins are an important part of the diet, the stomach and intestines harbor countless enzymes that break peptide bonds.

No medication based on unmodified peptides would have a chance to survive the passage through the gastrointestinal tract.

Yet even when appropriately modified peptide compounds make it through the stomach intact, another hurdle awaits them: The cells of the intestinal walls prevent their absorption into the blood.

That is why these kinds of active agents are generally only be administered by injection.”

*Bioregulators may get metabolized to some degree in the stomach, but not completely and enough gets shuttled to the relevant part of your body for them to be effective.

In other words, bioregulators are naturally selective and will get shuttled to their associated organ instead of going everywhere in the body (more on that later).

Almost nobody understands the difference unless they use and study both classes of peptides.

This is why I’m going out of my why to make these differences very clear to everyone who reads this article.

Traditional peptides such as GHK-Cu will have a fairly rapid observable effect and it won’t take long for you notice changes.

Peptide bioregulators are the opposite: Excluding exceptions, you will see results over no sooner than 4 weeks and there are no rapid observable effects.

Due to requiring sustained use for an extended period of time to see significant benefits, you must “start low and go slow” with your dosage while exercising patience.

Unlike traditional peptides that have an entire century of history and discovery stories ranging from all around the world, the history of peptide bioregulators is exclusively limited to the boundaries of Russia:

“…the first peptide bioregulators were developed back in the 70’s of the last century in the Military Medical Academy named after Kirov, and then at the St. Petersburg Institute of Bioregulation and Gerontology the scientists continued their study and the creation of new peptide drugs.

All peptide bioregulators are patented in the Russian Federation and in the leading countries of Europe and the USA (more than 200 patents).”

The bioregulators are largely the brainchild of Dr. Vladmir Khavinson, who you may remember was responsible for spearheading the research into the life-extension properties of Epitalon and Thymalin.

For that reason, you may seem some people refer to this specific group of peptides as “Khavinson bioregulators”.

It also explains why peptide bioregulators are relatively unheard of in the West.

The Russians have patent protection on all their development work and their research is very closed off to the outside world (unless you can fluently read and speak Russian).

Not to mention the makeup of peptide bioregulators, as you’ll see later, means they cannot be easily commercialized by Big Pharma companies.

How Do Peptide Bioregulators Work?

Now that we understand what peptide bioregulators are and what they are not, let’s dig deeper and describe how they work.

As the name implies, bioregulators are natural substances in our body that attempt to return our systems back to a healthy state of biological equilibrium.

They participate in tissue repair by interacting with our cellular DNA directly and accelerating the process of protein synthesis:

“… bioregulators participate in the regulation of gene expression and protein synthesis. This fact is in accordance with the concept of the regulation of cascade peptide of physiological functions of the organism”

“Short peptides are able to interact with DNA regions and thus affect the genome condition and consequently the synthesis of certain proteins, including those that control the physiological functions of the organism”

While a healthy biological system will work to increase endogenous levels of peptide bioregulators over time, they are much like naturally-produced traditional peptides in their production decreases with age and/or inflammation and disease.

Which is why the logical approach is to re-introduce these peptide bioregulators through an outside source.

But if you recall what I said earlier, the selective nature of peptide bioregulators means they will ONLY restore biological function/activity from the same organ they were originally extracted from.

In other words, you can’t use bioregulators from your cartilage to restore cells in your retina!

So you need to be intentional and purposeful when you are ingesting them.

And although this won’t matter much in the grand scheme of things, some scientists and vendors insist there are three specific types of peptide bioregulators:

Let’s see some examples of bioregulators in action!

Before I explore the many ways in which peptide bioregulators can fully optimize your health, there are a few caveats I need to disclose.

First, 99% of the published research comes directly from Khavinson himself or a closely associated researcher.

This isn’t to crap on the phenomenal work the Russians are doing, but the fact remains that these compounds need independent clinical trials and replication of their promised results on an (ideally) international level to validate their safety and efficacy.

As much as I like to harp on America’s “sick care system”, we have the money and the manpower to run our own research and fully test these peptide bioregulators for ourselves.

All supposed effects are speculative due to the majority of positive data coming from the anecdotal testimonials of biohackers and ordinary people.

Second, there are way too many peptide bioregulators for me to cover due to their selective nature.

Just take a look at how many of them this Russian vendor is selling — I’d end up writing a book if I wrote about each and every one of them.

Testes, thyroid, muscles, heart, bladder, retina, pancreas… if there’s an organ system in your body, there is one or more bioregulators for it.

So with those two things in mind, I’m going to cover three peptide bioregulators I found interesting.

All of the information below is taken directly from a book called The Peptide Bioregulator Revolution, a very dense 58-page book that will tell you way more about bioregulators than I ever could.

Just consider this as a fraction of what is possible with these Golden Age compounds! 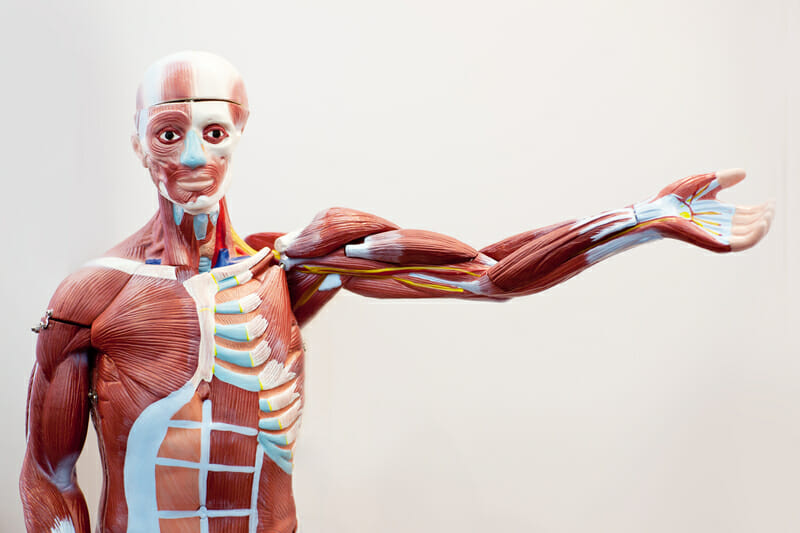 That about wraps up everything important you could want to know about peptide bioregulators.

If you really want to dig much deeper into this topic, Dr. Bill Lawrence is clearly the USA’s leading researcher on bioregulators.

He is a longevity researcher in the midst of a 3-year trial using bioregulator peptides to see how they influence biological age vs chronological age.

I highly recommend viewing this two-part podcast Natalie Niddam did with Dr. Bill Lawrence to gain a much greater understanding of the subject (Bioregulator Peptides and Longevity Research, Part 1 and Part 2).

But as with any peptides-based therapy you use, maximizing any health benefits you hope to achieve first involves addressing the underlying cause of your problem.

Not to mention that the effects of any peptide bioregulator will be less obvious if you are not fully optimized, so make sure your expectations are appropriately set.

Unfortunately, I’m going to have to crush one of those expectations by telling you the following (as of this moment):

I do not know of a 100% reliable source to buy high-quality peptide bioregulators.

I don’t know much about them and I haven’t used them nearly enough to know the good vendors from the bad ones.

If you want to experience the awesome power of the many other peptides quoted in this article, make sure your first stop is Limitless Life Nootropics

They have been my exclusive Peptides vendor for the past 2 years due to their excellent quality, top notch customer service and my friendship with the owner Christopher Mercer.

And while you’re waiting for your order, be sure to pick up a FREE PDF copy of Top 10 Mistakes People Make When Starting Therapeutic Peptides! 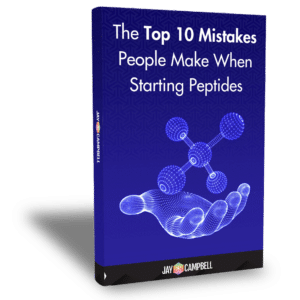 When you opt in, I’ll send you a daily email sequence that has a 50% discount for my premium Therapeutic Peptides Course hidden somewhere — see if you can find it!

Oh… I forgot to tell you the wait is almost over for my new book……. 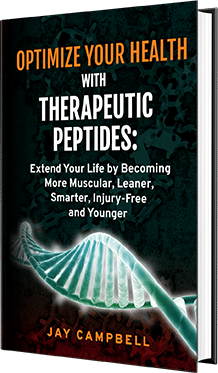 Be on the lookout for how to get your own copy for only 99 cents via Amazon very soon!

Raise Your Vibration To Optimize Your Love Creation!

It’s your greatest opportunity to fully optimize your health and gain total access to me and my network of high-level men and women living their highest and best life.